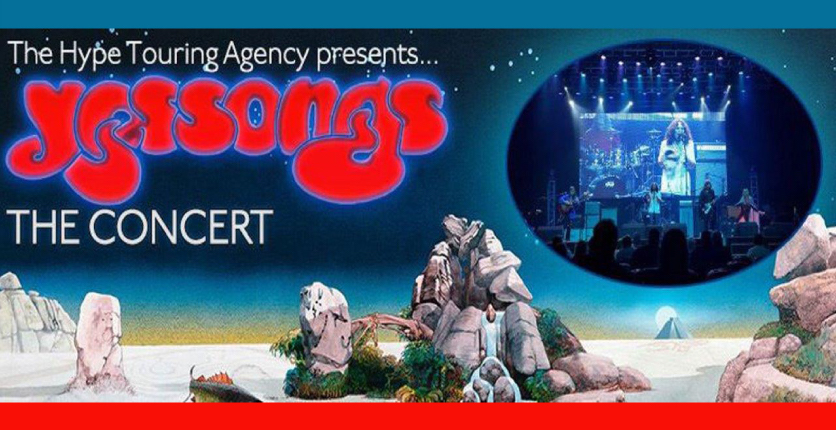 Renowned for its remarkable live performances and symphonic stage dynamism, in 1972 YES produced the seminal audio and visual experience YESSONGS, capturing the supergroup at the height of its success. YES followed by releasing the double album of the same name in 1973, which was certified gold and ultimately platinum in 1998.

These five musicians have played with the likes of Brian May of Queen, Foreigners: Lou Gramm, Peter Chris of Kiss, Trooper, to name a few. They have collectively performed on over 100 albums and have toured the world extensively.

YESSONGS diligently recreates the 1972 concert with stunning detail. If you like the Musical Box, you will love YESSONGS THE CONCERT!